Longevity is one of the most important developments of our era which involves profound social, cultural, economic, medical-scientific, and technological changes.

The Italian old-age index, which describes how old our population is, shows that there are 184,1 elderly people for every 100 young people (up to 14 years old) This is due to the yearly increase in life expectancy thanks to medical advances that allow chronic patients to live longer, but also to the improvement of both dietary and motor lifestyles. 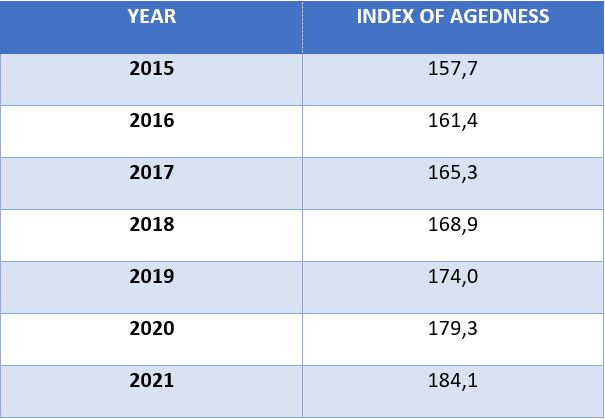 At the beginning of 2021, there were 59.2 million Italian residents, of which 23,5% were over 65 years old. It is estimated that this percentage is destined to rise in the years to come.

At present, the percentage of elderly people who live in social and health care facilities in Italy is shown in the graph. More than half of all residents are over 85.

The average age at which people are admitted into RHCFs has increased, while guests’ average health status has significantly worsened. According to a recent study, the average admission age is around 88, which also implies a higher degree of dependency. 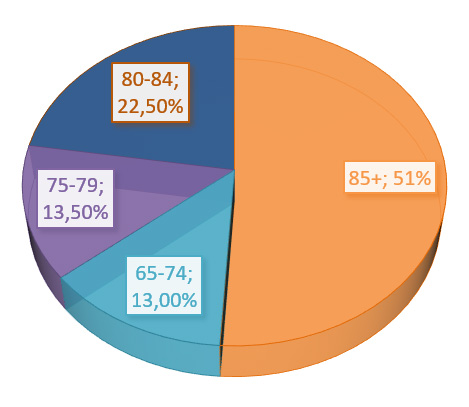 This market demand is not met by a sufficiently structured supply of specialized facilities that are specifically dedicated to and equipped for individuals suffering from this disease. There is an increasing need for modern residential facilities that can offer quality care services, both from the structural and residential, as well as functional and operational standpoint.

This means a population that is not growing and is becoming increasingly older and which will increasingly require residential facilities that respond promptly to new emerging needs.

The Italian market is currently very fragmented: the public sector accounts for 45% of all facilities, the non-profit sector for 35%, and the private sector only for 20%, of which just a few are part of structured groups. This situation generates relevant consolidation and growth prospects, also due to cuts in public spending. Furthermore, both the public and private sector are facing operational, economic, and financial difficulties to make the necessary investments to create new beds, and this leads to fundamental difficulties in the construction and establishment of RHCFs or clinics.

Due to demographic development trends, the aging of the population and changes in social and family models, some recent studies and analyses forecast a need for an additional 80,000/100,000 beds in RHCFs in Italy over the next few years. 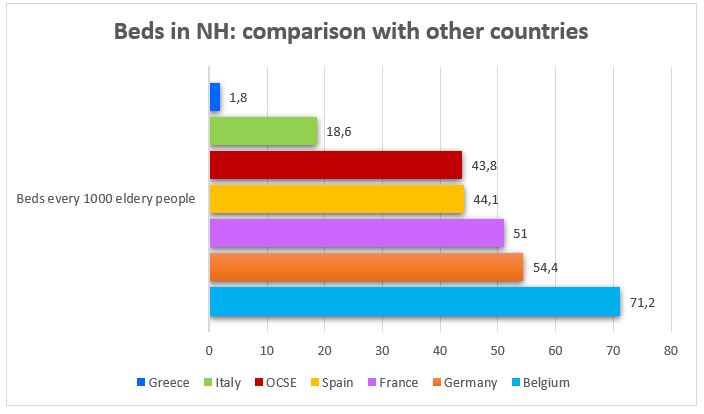 Therefore, there is a need for important structural projects aimed at developing, modernizing, and updating an existing stock of facilities that is obsolete and insufficient on average, in order to meet the growing demand for social and health care in the coming decades.

Such favourable context that, to some extent, is also counter-cyclical to Italian and global economic and financial performance we see an opportunity for development and growth and this is why Health Invest invests enormously in the potential for development in this interesting sector.